J.K Rowling has written a stage show! And I am sooooo excited about this!

Based on an original new story by J.K. Rowling, Jack Thorne and John Tiffany, Harry Potter and the Cursed Child, a new play by Jack Thorne will receive its world premiere in London’s West End at the Palace Theatre in the summer of 2016.

Featuring a cast of over 30, Harry Potter and the Cursed Child is the eighth story in the Harry Potter series and the first official Harry Potter story to be presented on stage. Written by Jack Thorne and directed by Olivier and Tony award winner John Tiffany, the play brings together some of the most exciting talent working in the theatre today.

It was always difficult being Harry Potter and it isn’t much easier now that he is an overworked employee of the Ministry of Magic, a husband and father of three school-age children.

While Harry grapples with a past that refuses to stay where it belongs, his youngest son Albus must struggle with the weight of a family legacy he never wanted. As past and present fuse ominously, both father and son learn the uncomfortable truth: sometimes, darkness comes from unexpected places.

Harry Potter and the Cursed Child will be directed by John Tiffany with movement by Steven Hoggett, set designs by Christine Jones, costumes by Katrina Lindsay, music by Imogen Heap, lighting by Neil Austin, sound by Gareth Fry, special effects by Jeremy Chernick, illusions by Jamie Harrison and musical supervision by Martin Lowe.

Casting hasn’t yet been announced but come on who isn’t hoping they’ve brought back Daniel Radcliff? I mean, I would be running to the theatre to queue for it literally now – and yeah it’s not even gonna be out until Summer 2016 so that’s how long I’d camp outside for it….. 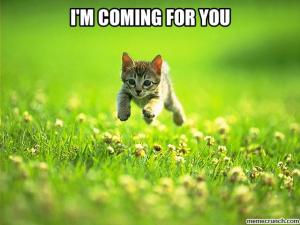 The world Premiere is 30th July 2016 but preview tickets are going on sale from 30th October so if you want a ticket you better sign up now for priority booking!! I’m certainly going to!